Moody Blues Cruise 2014, Day Three
What a great day! There are too many activities on board to list, so I’ll just share the ones that I participated in.

I woke up to a peaceful, endless ocean view. 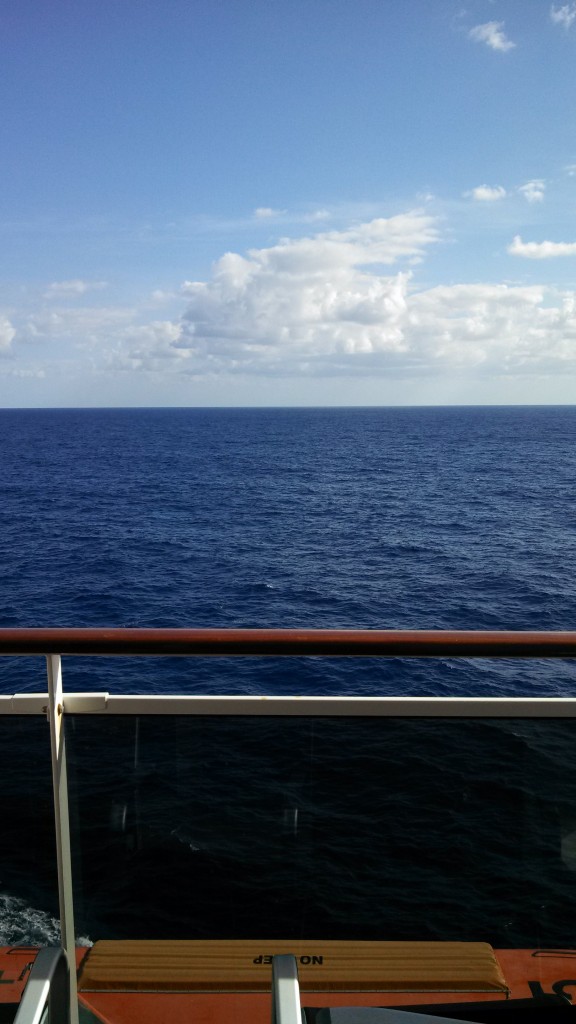 Moody Blues Cruise 2014 – the view from my balcony

I performed on keyboards/vocals with the Prog Rock Orchestra’s second performance tonight.  We were able to spend a couple of hours this afternoon doing sound check, rehearsing, and fixing technical glitches before our 6:45 pm show. The show tonight was good, solid. (Video of that performance coming soon.) 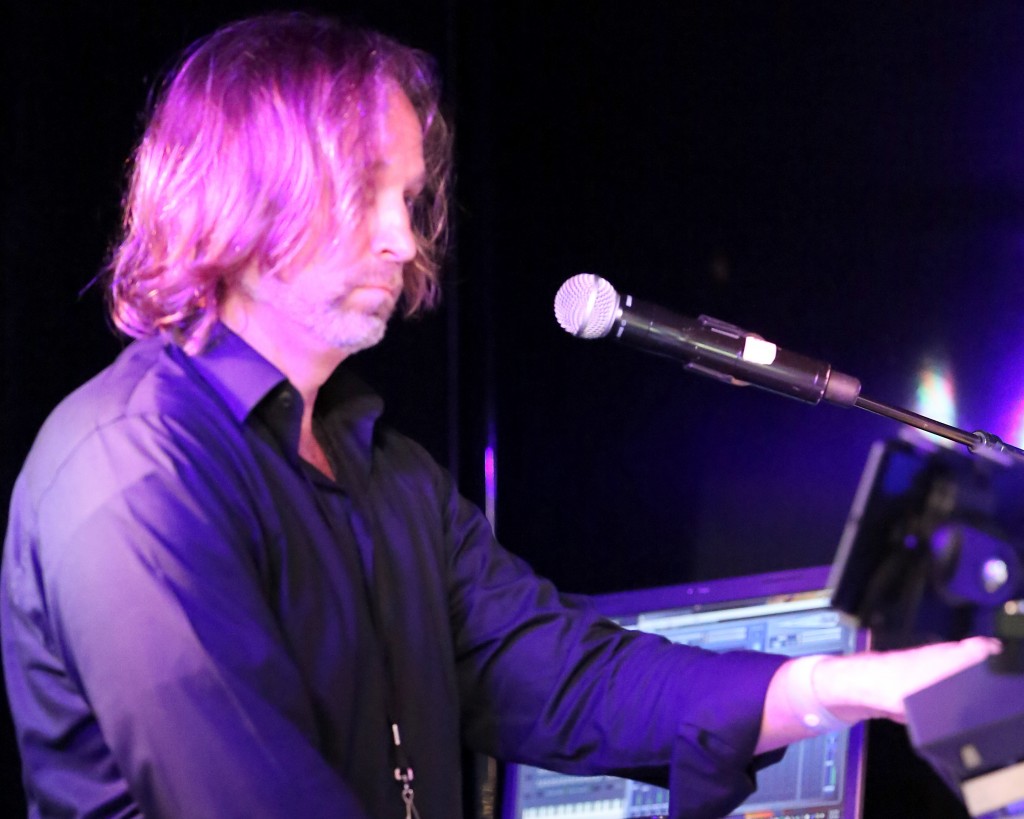 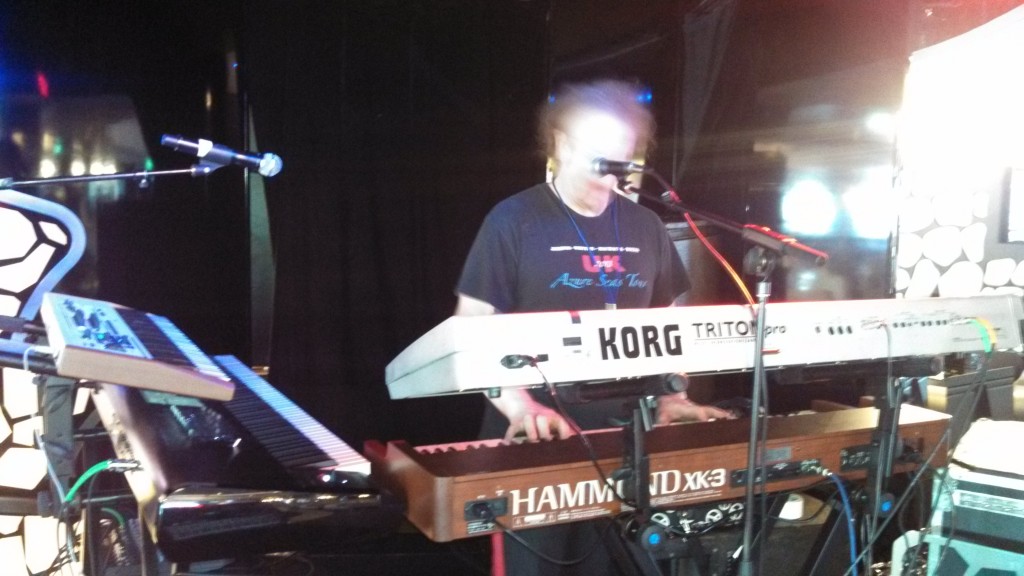 Brook Hansen of the Prog Rock Orchestra jamming out at rehearsal 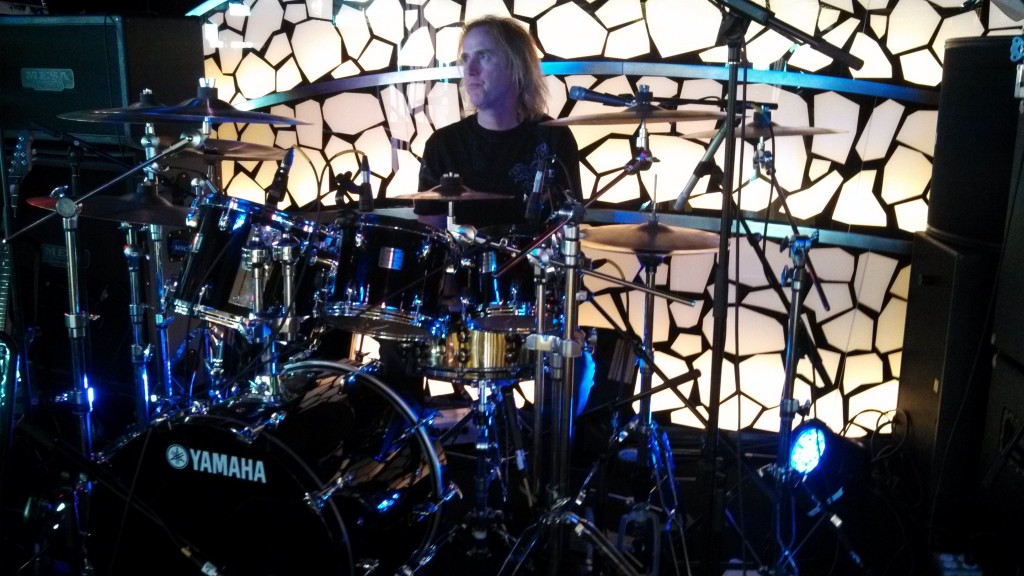 Paul Simmons of the Prog Rock Orchestra is seriously irritated with the monitor chick. 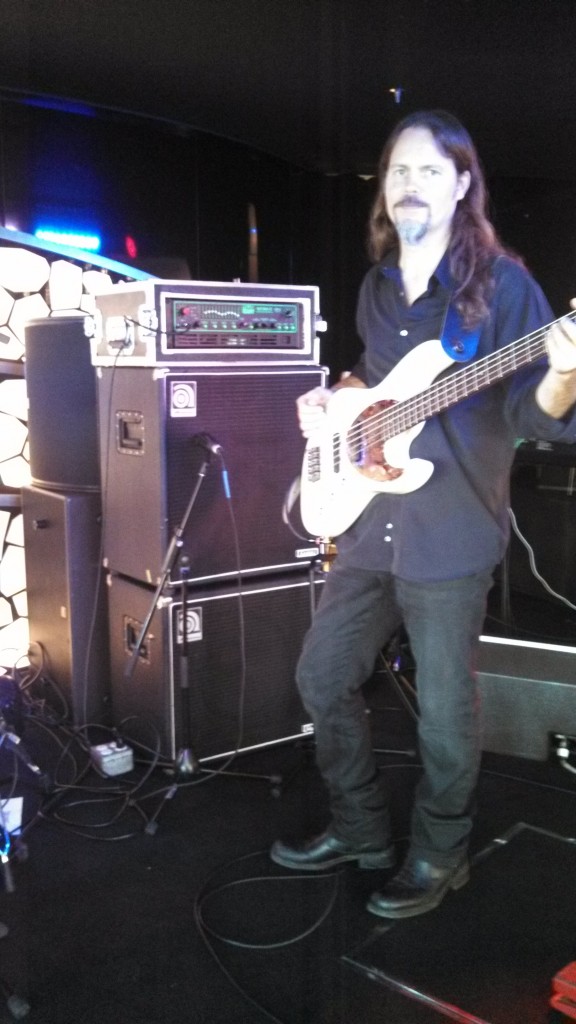 Joe Parker of the Prog Rock Orchestra is just waiting to play. 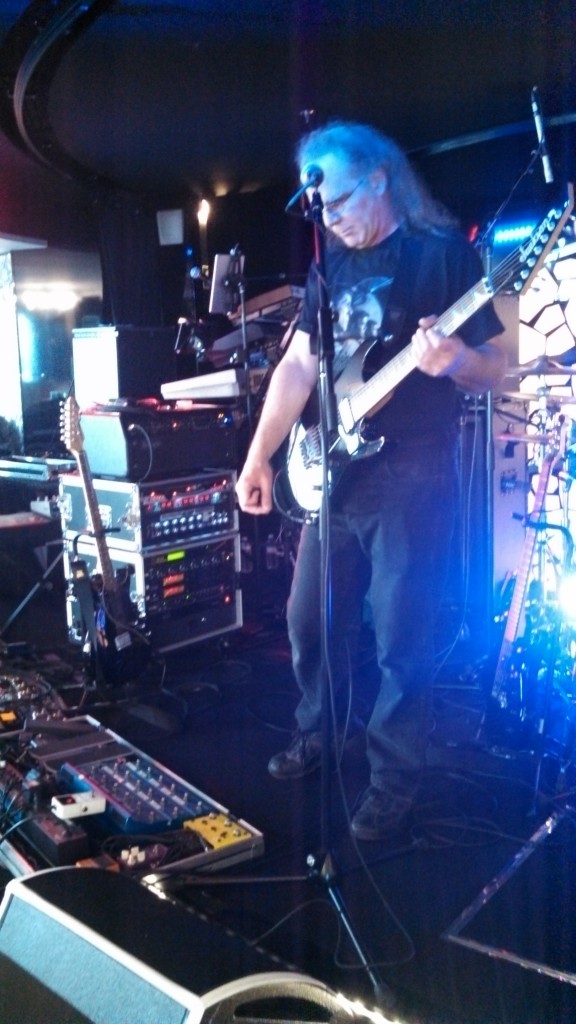 Tom Tutino of the Prog Rock Orchestra is tweaking his rig, to get it just right. 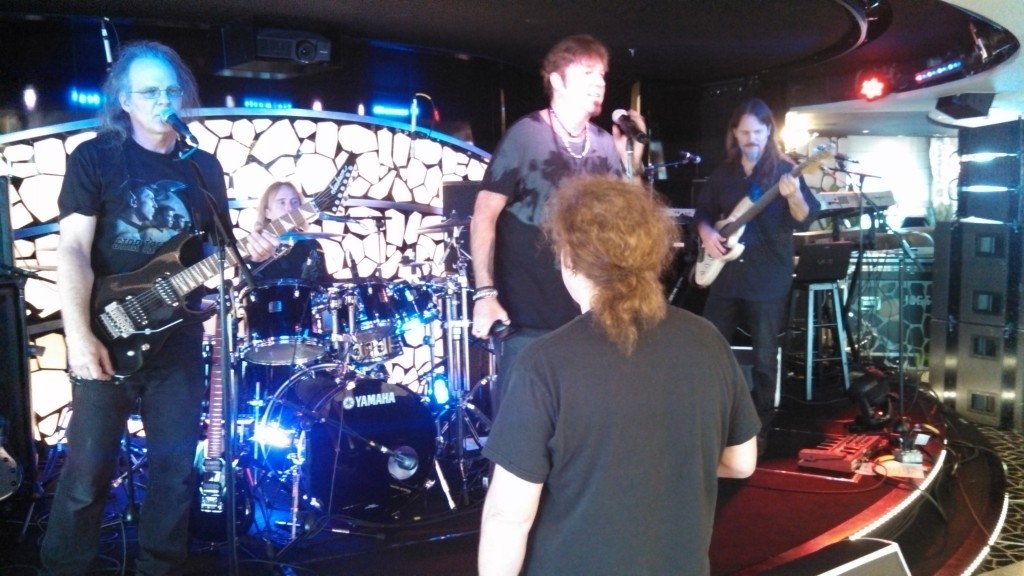 On the way into the dining hall, I met and hung out with Alan Hewitt, the lead keyboard player for The Moody Blues (see photo below). In addition to touring with The Moody Blues, Alan also has a fusion band, One Nation, and does film scoring. 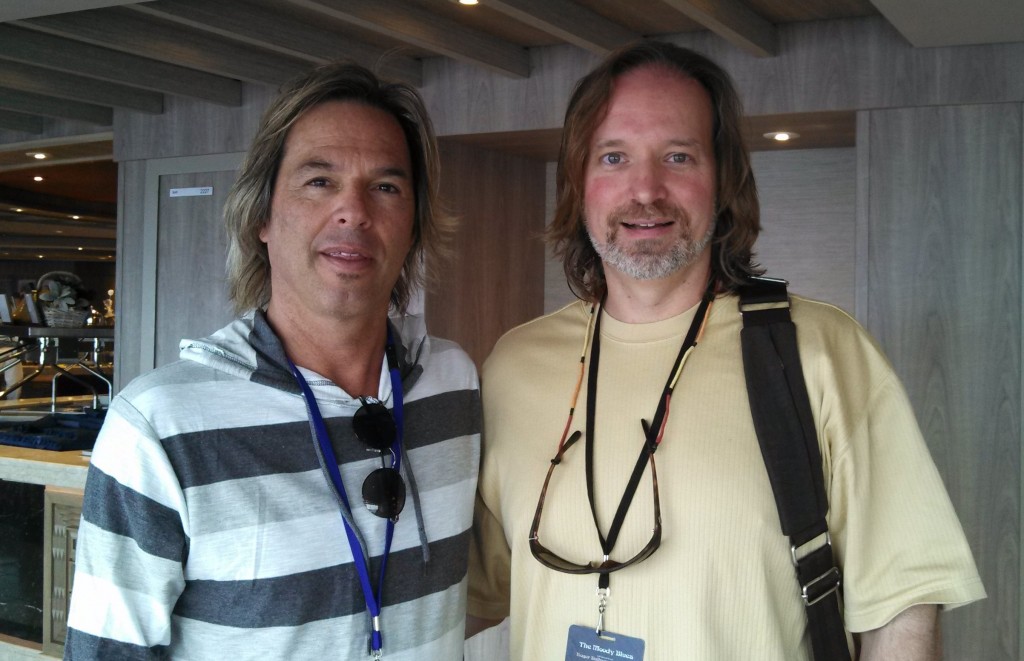 I had breakfast with Brandon Gibbs, the lead singer/guitarist for Cheap Thrill.
Diane Gibbs (Brandon’s mom) and Tammy Prock of Creative Defense Music were also breakfast buddies.  Shelly Davine, music marketer and owner of one of the School of Rock franchises near Toronto,  stopped by to hang with us after breakfast. Shelly and her husband Henry Titleman (one of those people who are “walking encyclopedias of Progressive Rock”) are here on the cruise with the great band Lighthouse.

In the afternoon, I saw Cheap Thrill give an awesome performance in the Atrium,
doing originals and unique versions of cover songs. These dudes were awesome.
I can see why they get booked playing all over the world. (Video of that performance coming soon.) 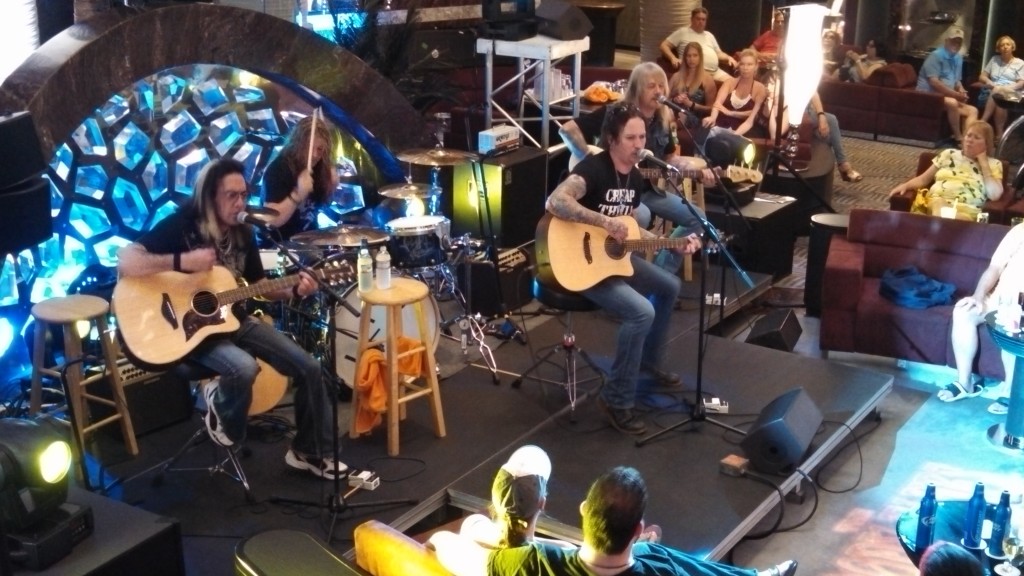 Cheap Thrill performing in the Atrium on the Moody Blues Cruise

I then had the thrill of a lifetime, meeting two of the founding members of the Electric Light Orchestra (ELO)!  ELO was my very first favorite band of all time.  In the late 1980’s, the next version of ELO became ELO II, and the current iteration (since 2000) is The Orchestra.  Photos with Louis Clark (keyboards) and Mik Kaminski (electric violin) are below. 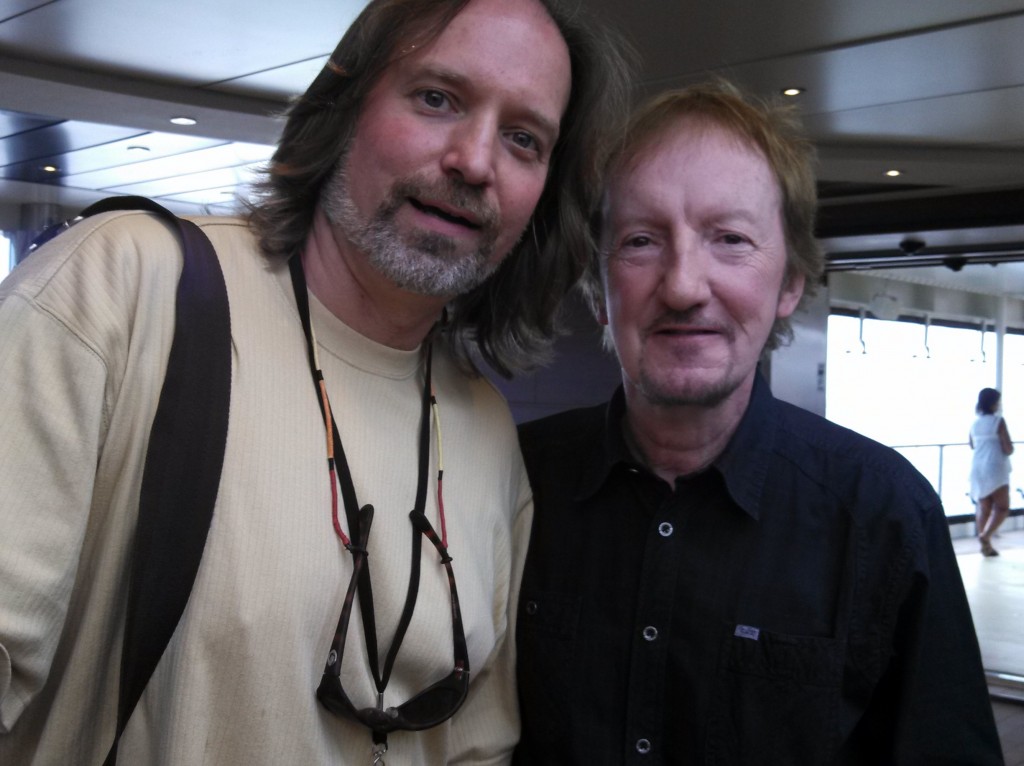 At the end of the night, I ran into another ELO member – bass player and lead vocalist Glen Burtnik.  I’m looking forward to connecting more with him when we get back to the East Coast.

Here are a couple more pics from today: 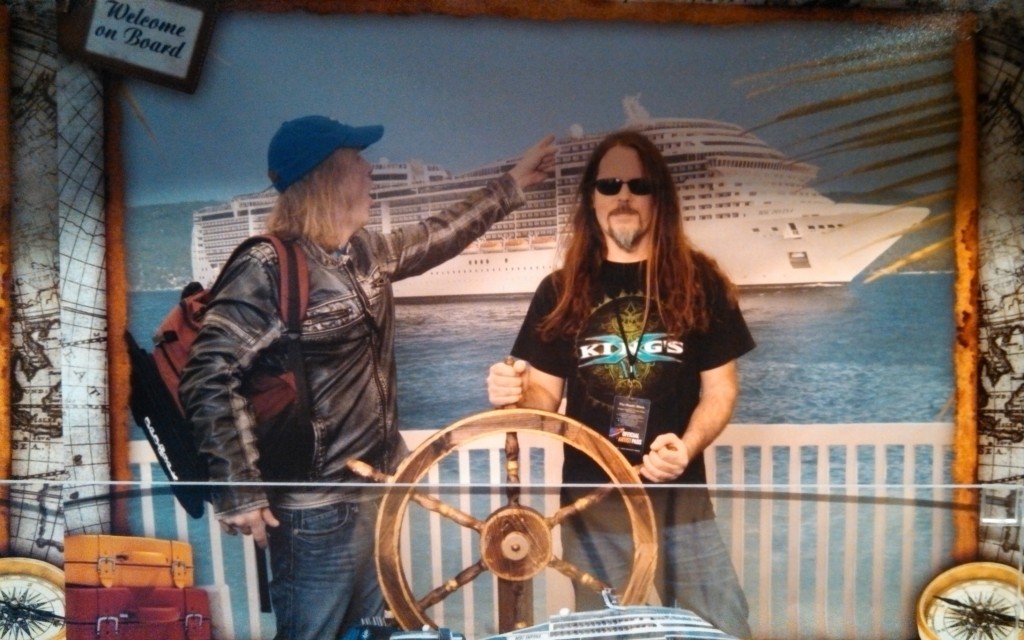 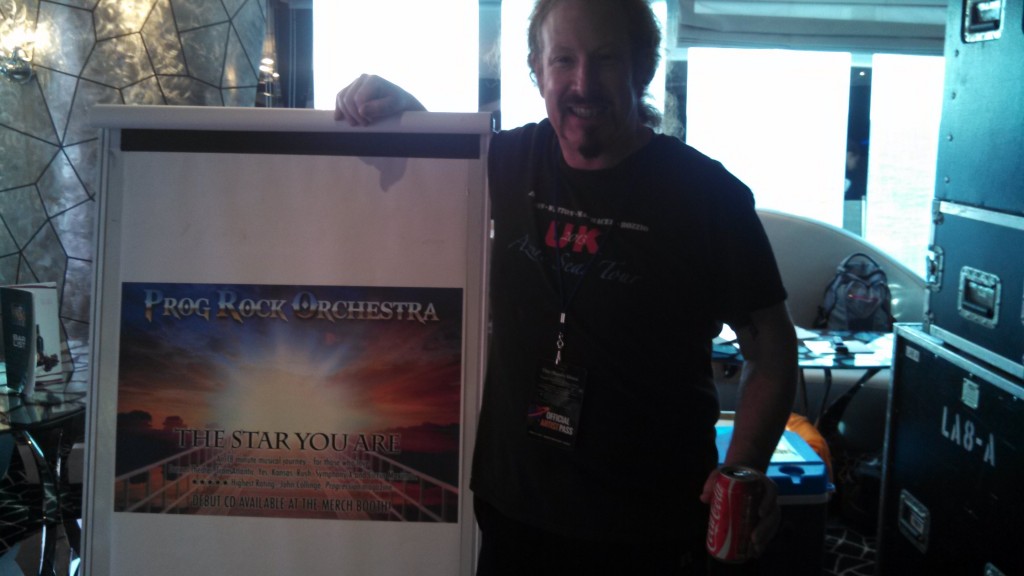 Prog Rock Orchestra co-founder and leader Brook Hansen with the promo poster for the first album.