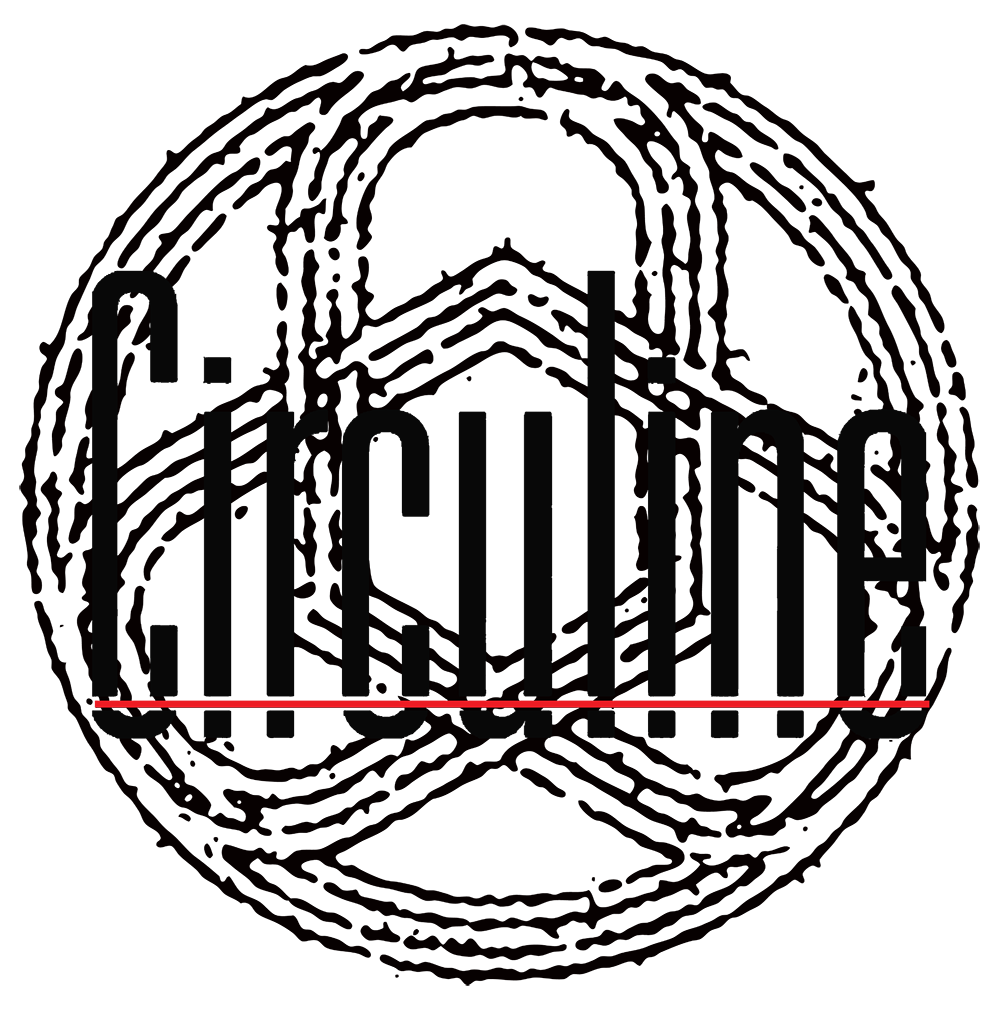 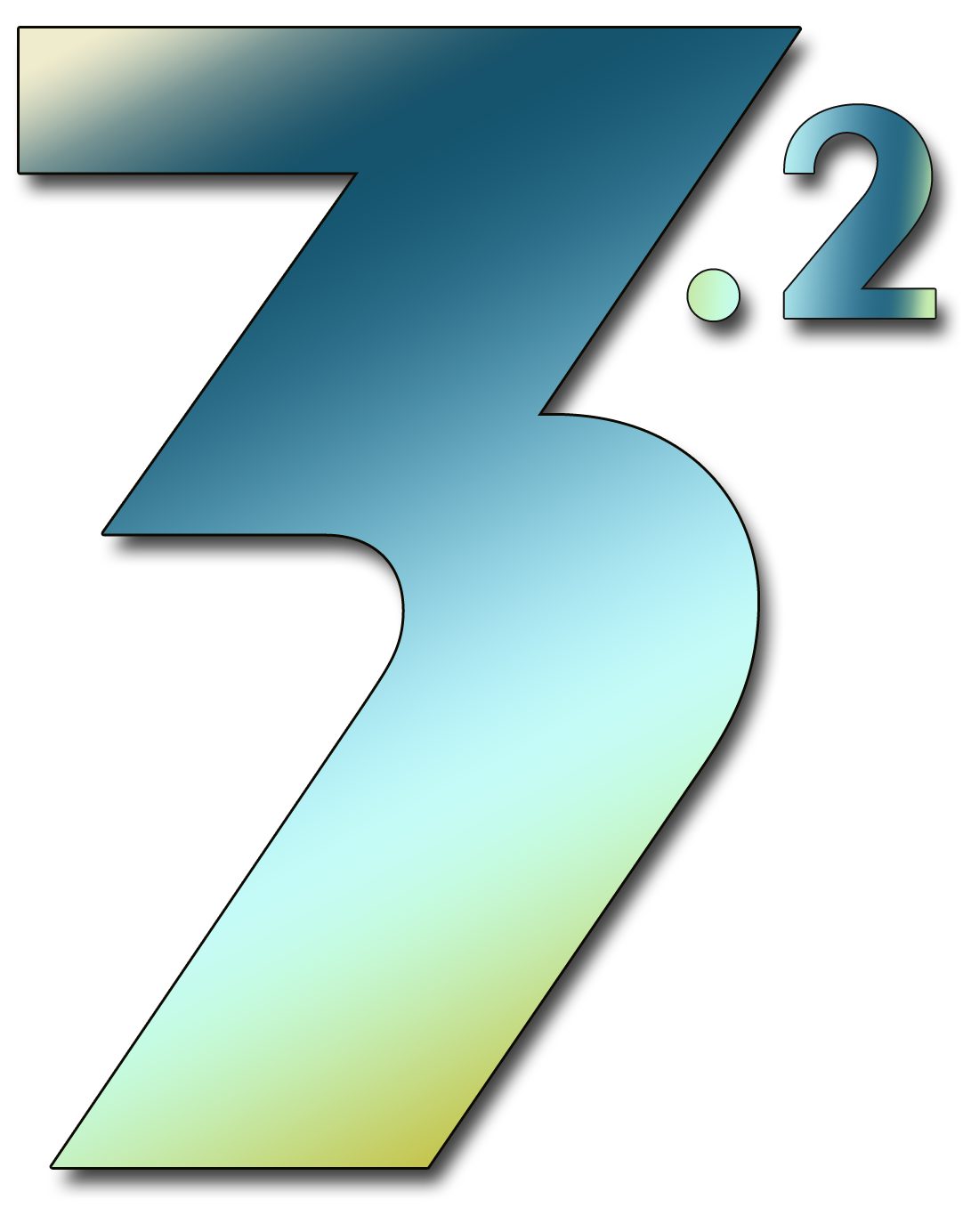 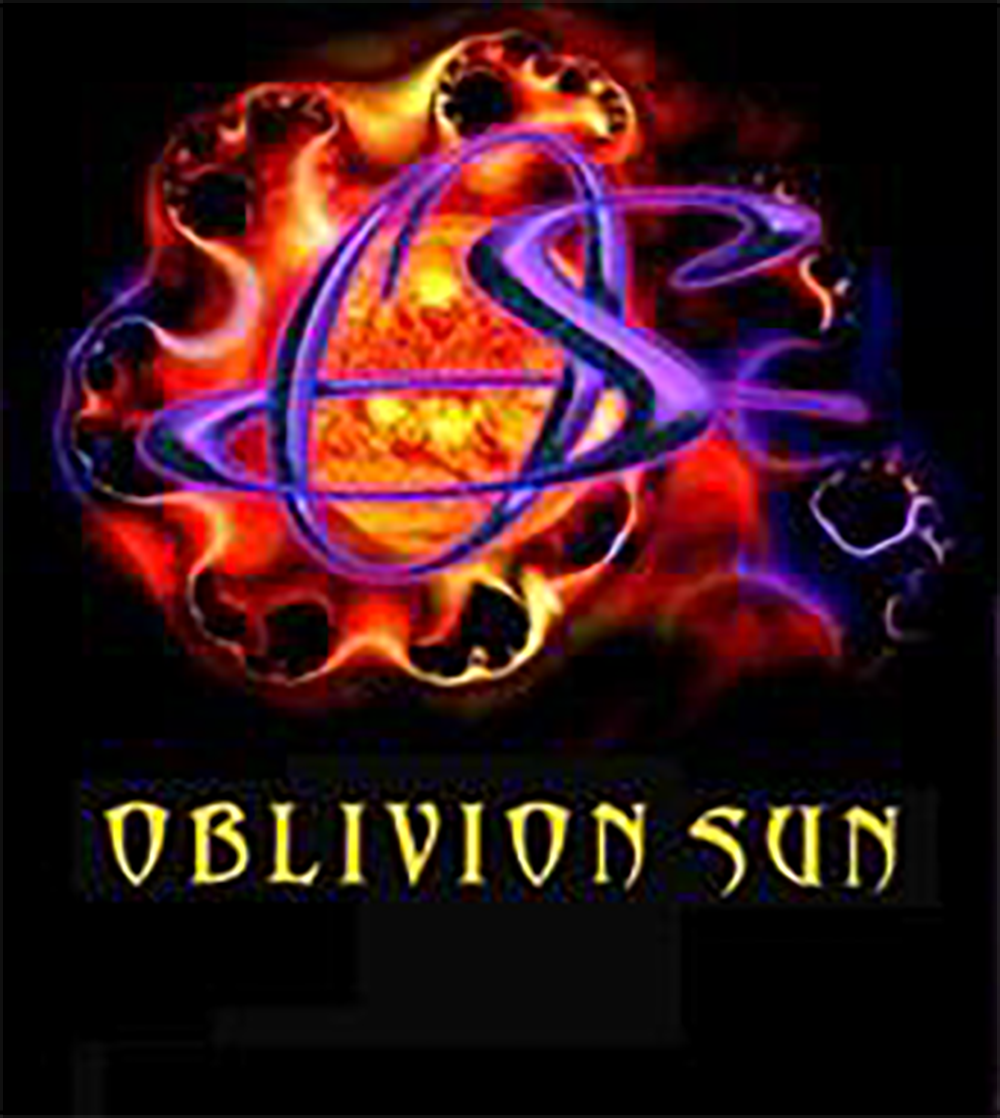 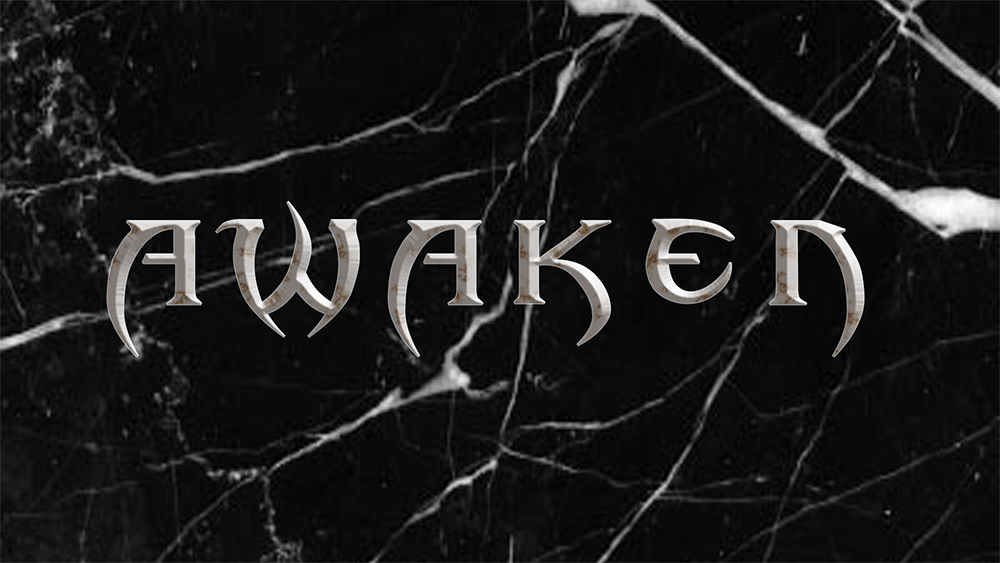 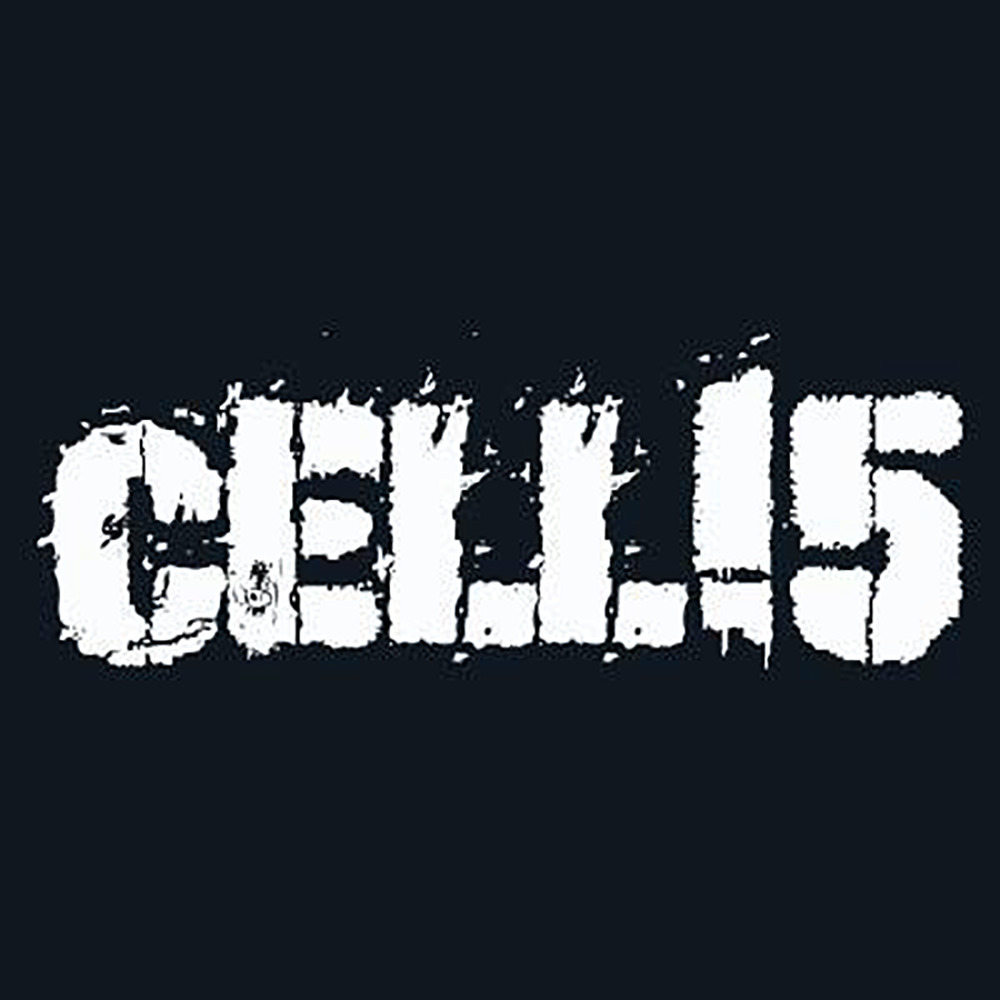 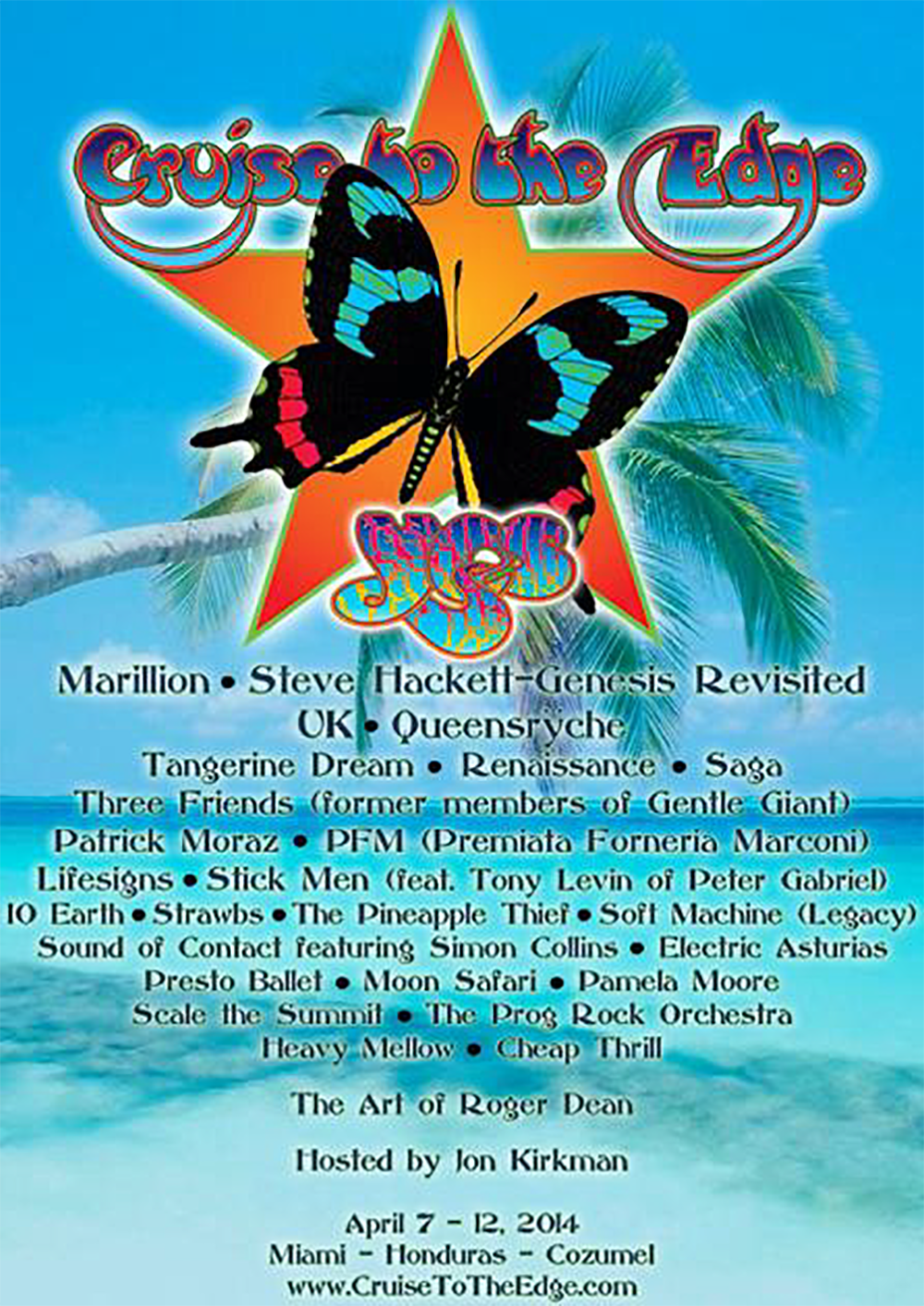 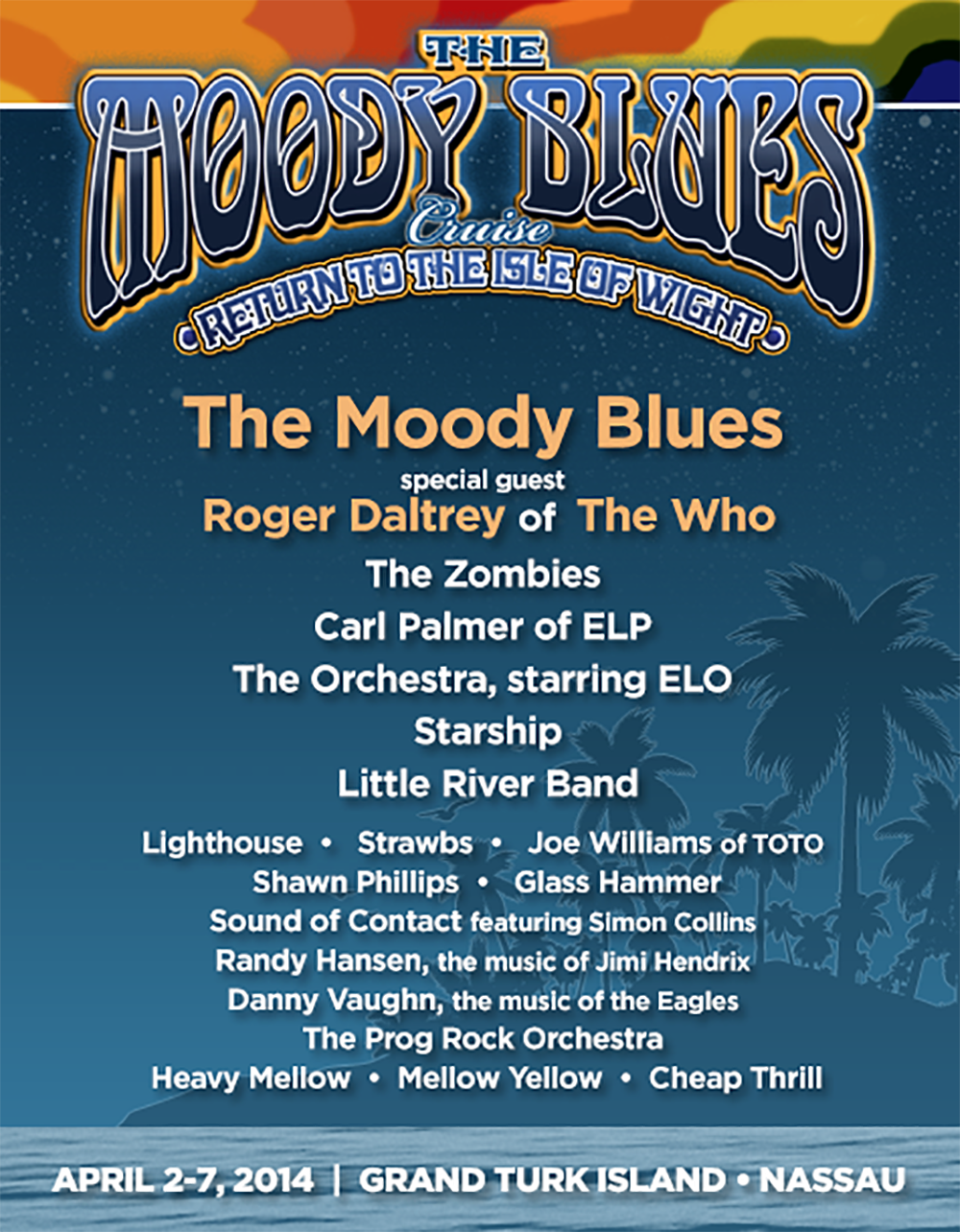 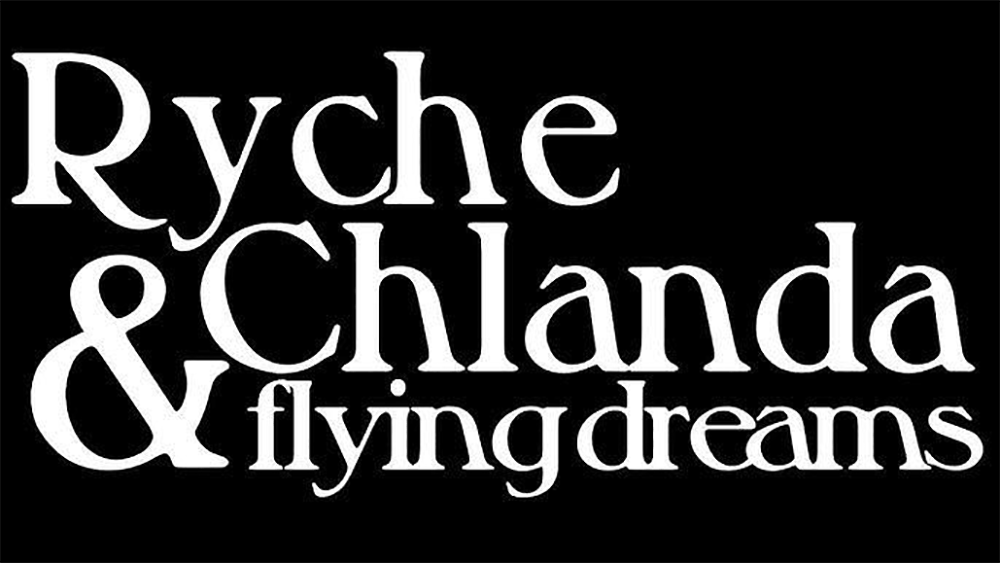 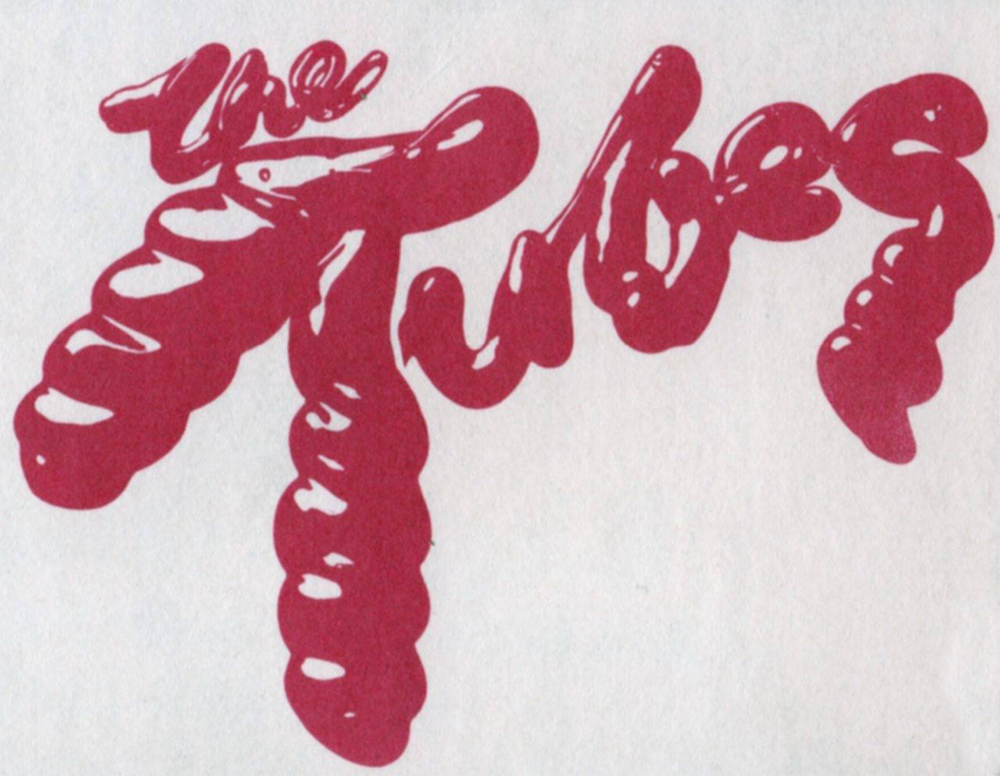 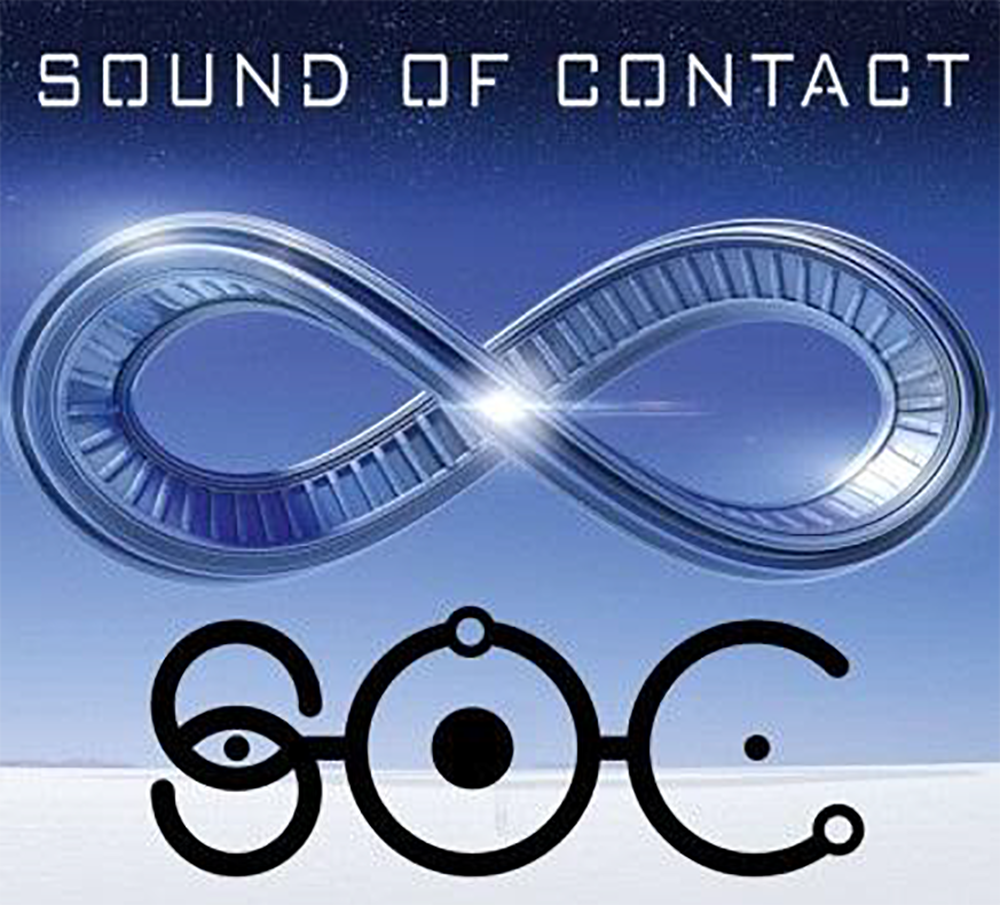 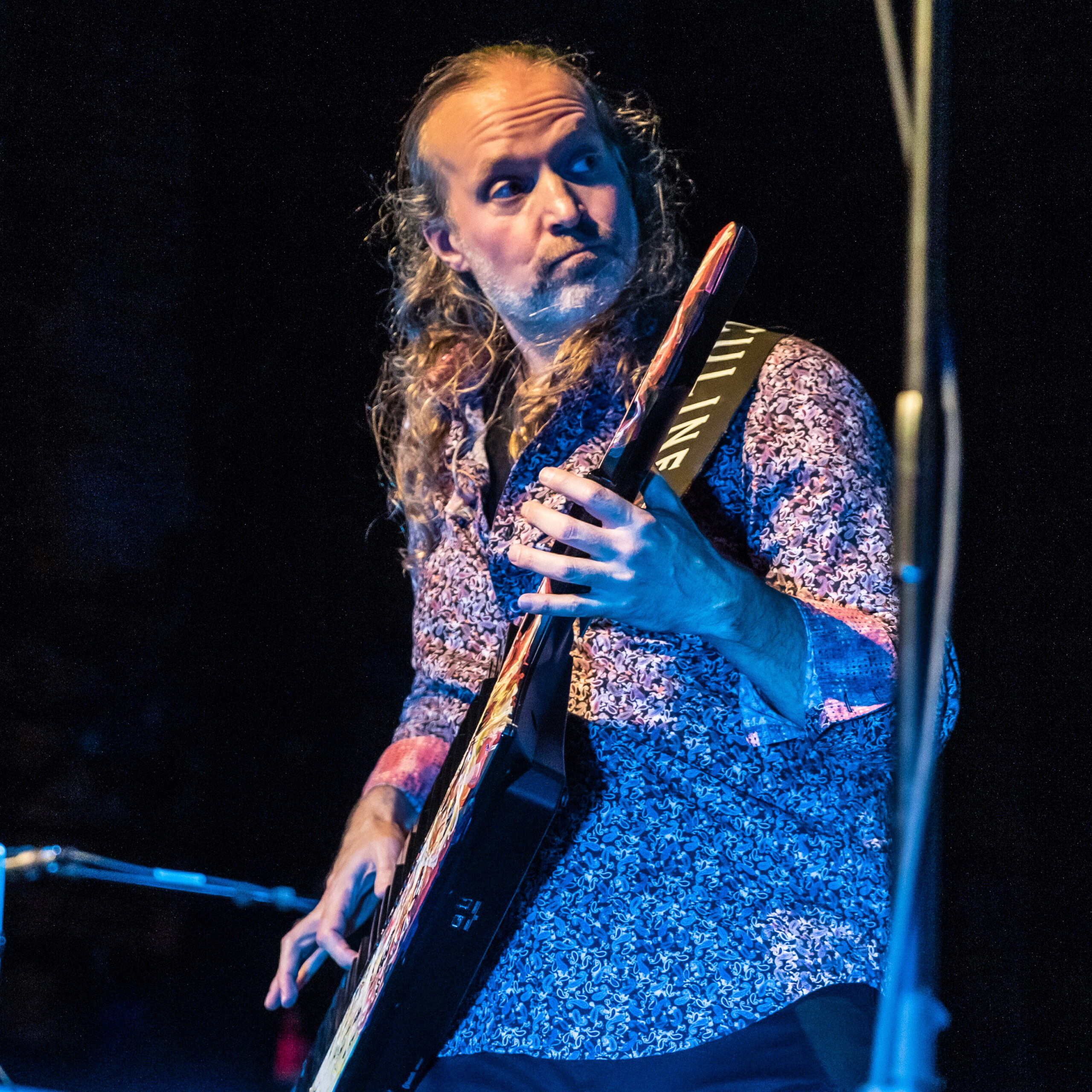 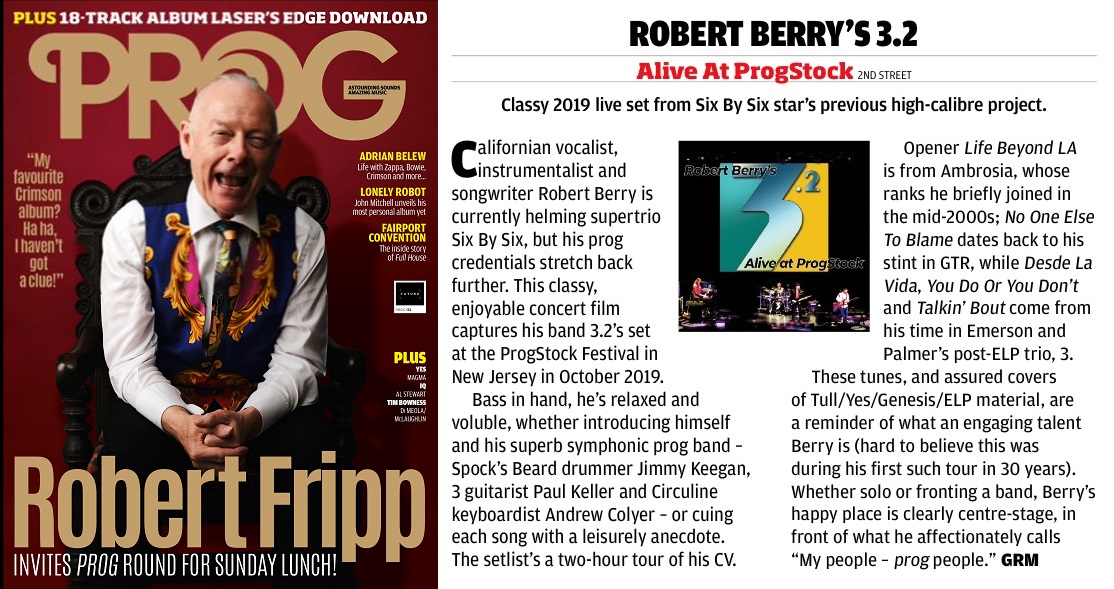 Thank you so much, Nick Brueckner and Baby Blaue-Seiten (Germany) for this thoughtful review of Robert Berry’s 3.2 band Alive at ProgStock CD/DVD!

Here is the entire review (translated from German), and the link to the original article is below:

It was a huge surprise when in 2018, shortly after Keith Emerson’s suicide, another Three/3 album with new music by Emerson was released: “3.2 – The Rules Have Changed”. ELP had long since sold off, Emerson’s duo project with Greg Lake had been nothing more than a tepid rehash, but together with Robert Berry Emerson managed to produce another really good album.

…that you have to see in context. 3, this 1987/1988 collaboration between Keith Emerson, Carl Palmer and Robert Berry, was never meant to be a prog band but was misunderstood as such and accordingly dismissed as disappointing. A question of perspective. 3 was a song-oriented melodic rock band that would combine Emerson’s virtuoso symphonic keyboard playing with Berry’s Top 40 prowess, much like Asia’s and GTR’s – and was never meant to be anything else. The band released the album “…To The Power Of Three” in 1988 and with some success: The first single “Talkin ’bout” reached number 9 on the Billboard charts and the band toured the USA quite successfully. After this success, however, Emerson ended the project. fans had talked him into

Too bad! Because as controversial as 3 may have been at the time, the disc was definitely better than the ELP albums “Black Moon” and “In the hot Seat” that followed.

By this point, some new songs had already been written that should have ended up on a 3 second album. They were later released on Robert Berry’s solo album Pilgrimage to a Point (1992): You’ve Changed, along with probably Shelter, The Other Side, and Last Ride into the Sun.

More than thirty years later, in October 2015, Robert Berry and Serafino Perugino, President of Frontiers Records, entered talks about a new 3 album. Berry contacted Emerson, who surprisingly expressed interest, and the two began exchanging musical ideas. The project initially came to a standstill due to Emerson’s suicide in 2016, but Berry had enough material to continue work after a few months and complete the album – as a homage to Keith Emerson, to make his music audible, and of course also to to continue and complete the story of 3. And so, in 2018, 3.2’s “The Rules Have Changed” was released.

It’s just a pity that the two couldn’t go on tour with the new songs. But even if Emerson were still with us, a 3.2 tour would have been in doubt because of his chronic illness. However, the album had been too successful to simply pass up the opportunity to tour. And should Robert Berry put together a band on his own, and set off on a 29-date tour. Featuring: guitarist Paul Keller, who had been touring since the 80’s when he was 3, Andrew Colyer from Circuline on keyboards and Jimmy Keegan from Spock’s Beard on drums. The concert presented here was filmed at the ProgStock festival in 2019.

And the band is fantastic! Berry plays a reliable bass and is still in the form of his early years as a vocalist. Paul Keller provides great guitar contributions, and even channels his colleague Steve Howe of, well, GTR on the song “No One Else to Blame” that Berry wrote in 1986 or ’87 for a second, never-released GTR album. And yes. Andrew Colyer can play everything from AOR to weird Emersonian stunts, and Jimmy Keegan is a powerhouse behind the drums. If you missed Carl Palmer on “The Rules Have Changed” (one of the wrong decisions of his career), you don’t miss him for a second here. Keegan was the perfect drummer for these shows.

Which brings us to the songs. And this is where my criticism begins. The band, this tour went under the name 3.2. In fact, the four of “The Rules Have Changed” only played two songs. That’s for a band going 3.2. called, too little. Counting the four tracks of “…To The Power Of Three” we only have six 3 songs on these two CDs. If you’re generous, add “Last Ride into the Sun” from Berry’s solo album Pilgrimage To A Point, which was written for a 3-album back in the 80’s. So instead of doing a 3.2 or 3 tour with this band, Berry took the chance and made it a retrospective of his entire career. Here you can hear songs from Ambrosia, from cover albums (Yes, Jethro Tull and Genesis), as well as from Berry’s solo albums.

Do not get me wrong. The choice of songs is okay insofar as the listeners get to hear an energetic, varied concert with well-known and lesser-known songs. It’s just not a 3.2 or 3 concert. Now, Berry is a great songwriter and a musical all-rounder, and really deserves a retrospective like this one – but we also have our 3.2 or 3 concert – and we only get half of that here.

But what we get is great. Played class, filmed competently, and provided with a powerful, if consistently slightly dark sound. As an unbridled Berry fan, I’m certainly thrilled, and anyone who follows his career shouldn’t feel any different. Those who like 3 fall a little short, but that’s even more true for fans of Ambrosia, Yes, Jethro Tull, and Genesis. So “Alive at Progstock” is primarily aimed at fans of Robert Berry and 3. Have fun with it!

Also – the Reviewer has a FANTASTIC bio page!
Check it out:  http://www.babyblaue-seiten.de/index.php?content=reviewer&left=reviewer&top=reviews&reviewercont=39 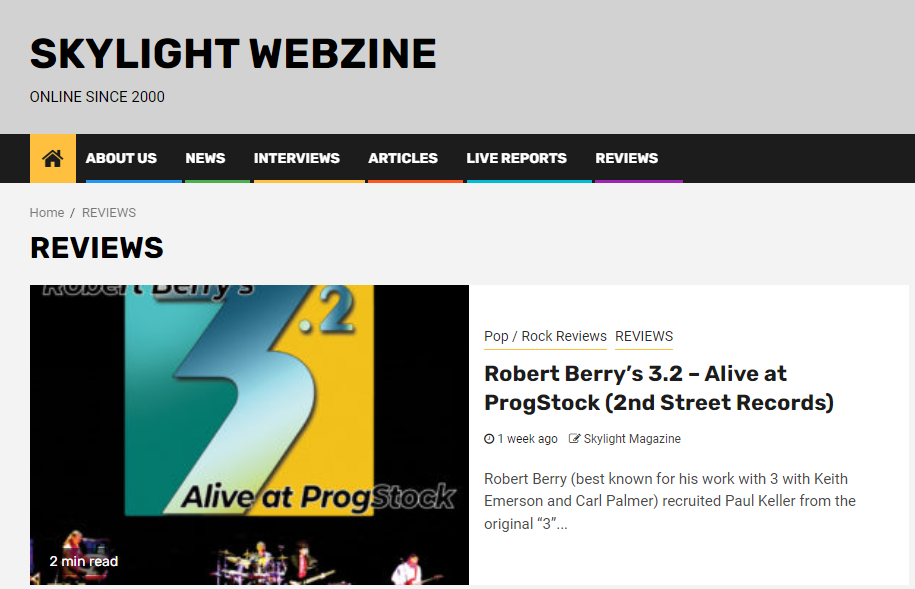 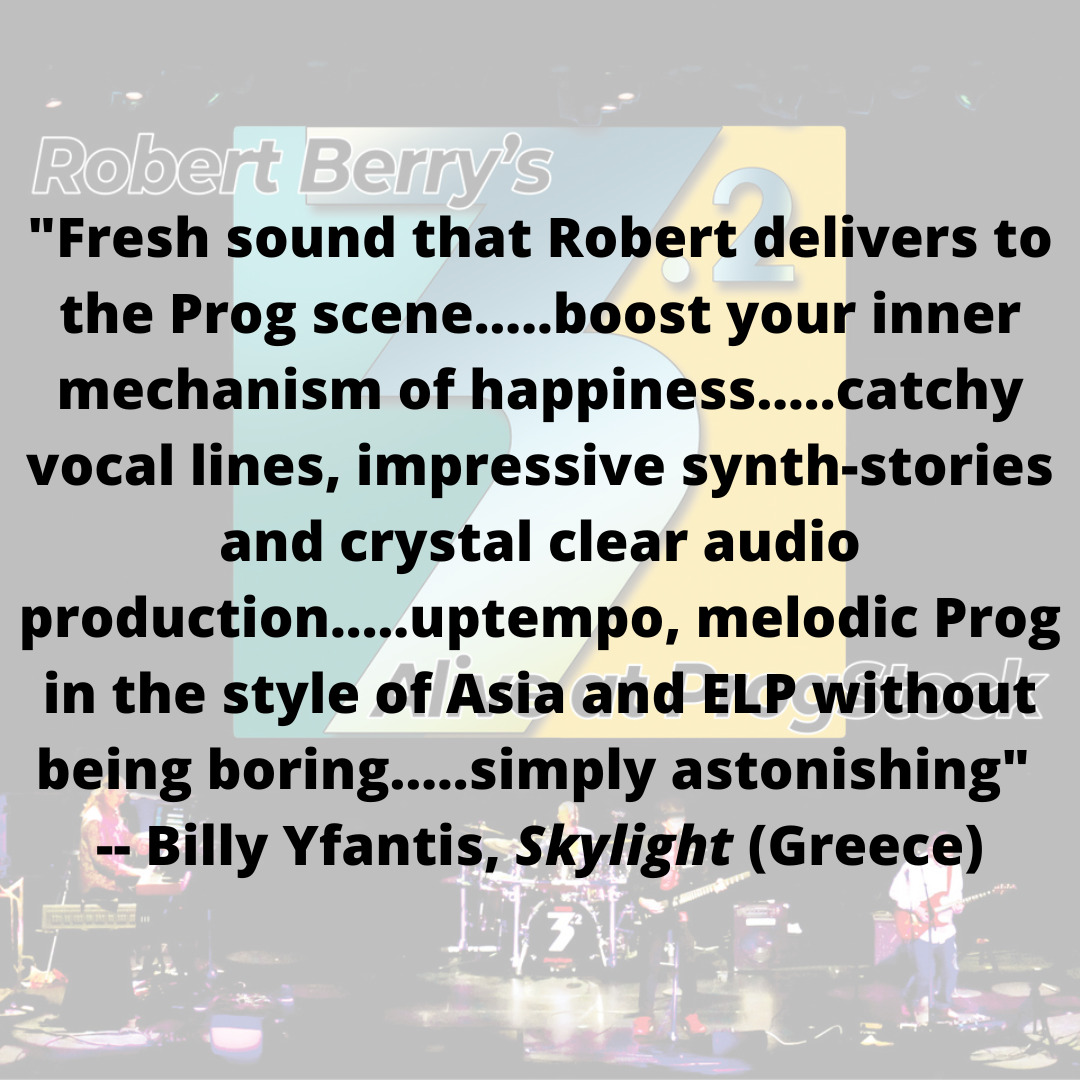 Thank you so much, Billy Yfantis and Skylight Magazine, for this review of Robert Berry’s 3.2 band new CD/DVD “Alive at ProgStock”!

Here is the review, plus the link to the original article is below:
Robert Berry (best known for his work with 3 with Keith Emerson and Carl Palmer) recruited Paul Keller from the original “3” touring band on guitar/vocals, Jimmy Keegan (Spock’s Beard) on drums/vocals, and Andrew Colyer (Circuline) to handle keyboards/vocals. This line-up recorded a double live CD/DVD album capturing the band at the 2019 International ProgStock Festival. The tracklist covers the whole career of Robert Berry and some of Prog’s best tracks, including Roundabout, Watcher of the Skies, Karn Evil 9 (1st Impression, Part 1), etc.

I have always been a fan of Robert Berry due to the dynamic performances of his touring band and the fresh sound that he delivers to the Prog scene. This album is a historic living (or “live”) proof of my sayings, since it manages to boost your inner mechanism of happiness with the catchy vocal lines, the impressive synth-stories and the crystal clear audio production. The music style is uptempo, melodic Prog in the style of Asia (John Payne era) and Emerson Lake Palmer (Black Moon album era) without being boring at all, on the contrary, it might attract fans of AOR who will enjoy the positive vibes as well. Of course, if you take a closer listen to the album, you will “feel” the musicianship in every member because the cool audio mix fosters the talent of each band member.

Both audio and DVD video discs are well produced, and the combination of audio/visual quality is simply astonishing. In other words, this CD/DVD package is great value for money for the fans of melodic rock/ Prog scene. By supporting a Prog band nowadays it is very important for the vitality of a genre that is losing its fallen heroes, although its legacy still inspires artists such as Robert Berry to continue the tradition of the musical evolution. 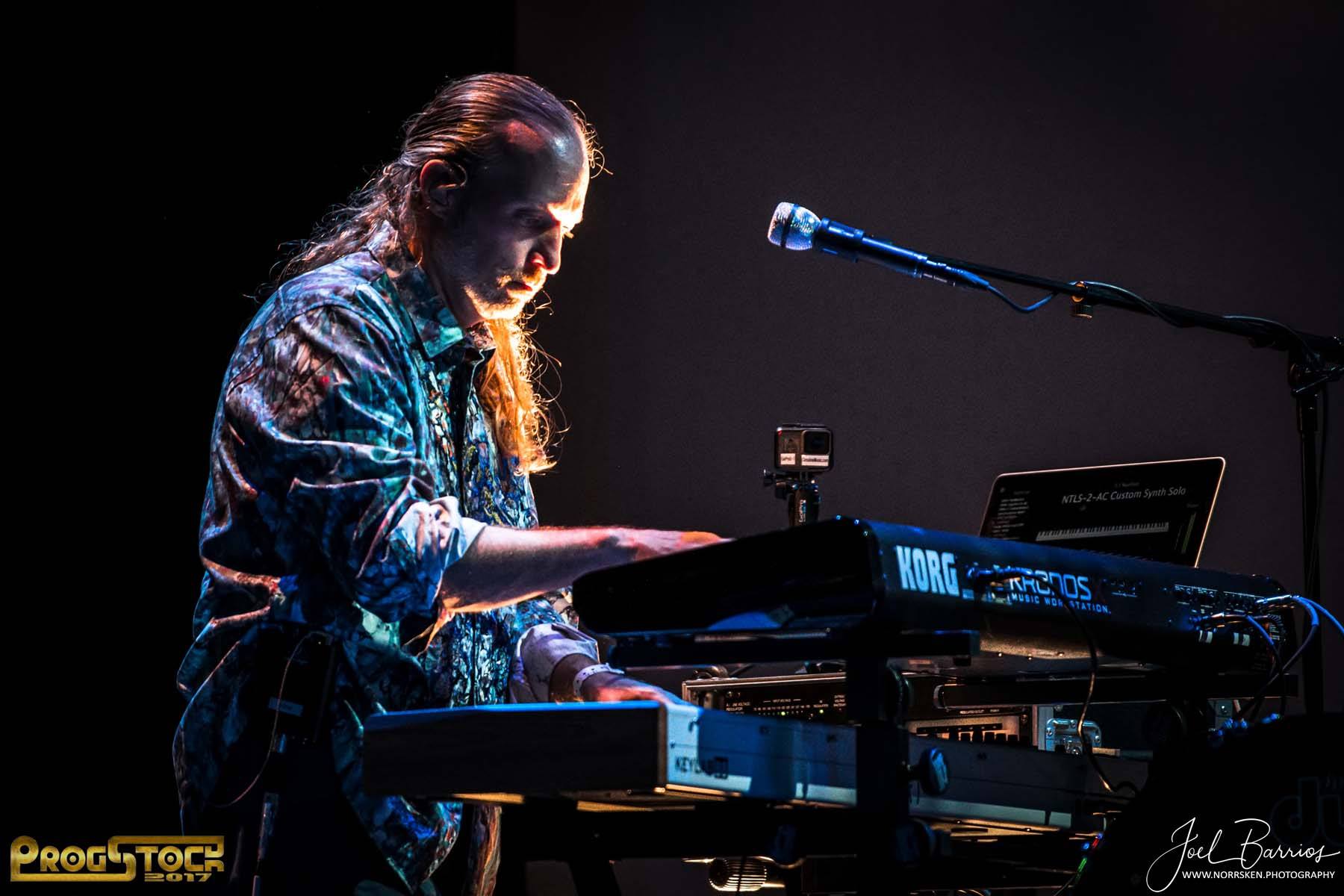 Show your love and support and browse AC’s exclusive merch!