Moody Blues Cruise 2014, Day Two
Today was another exciting day!  There are too many activites onboard to list, so I’ll just share the ones that I participated in.

I performed on keys/vocals with the debut performance of the Prog Rock Orchestra! 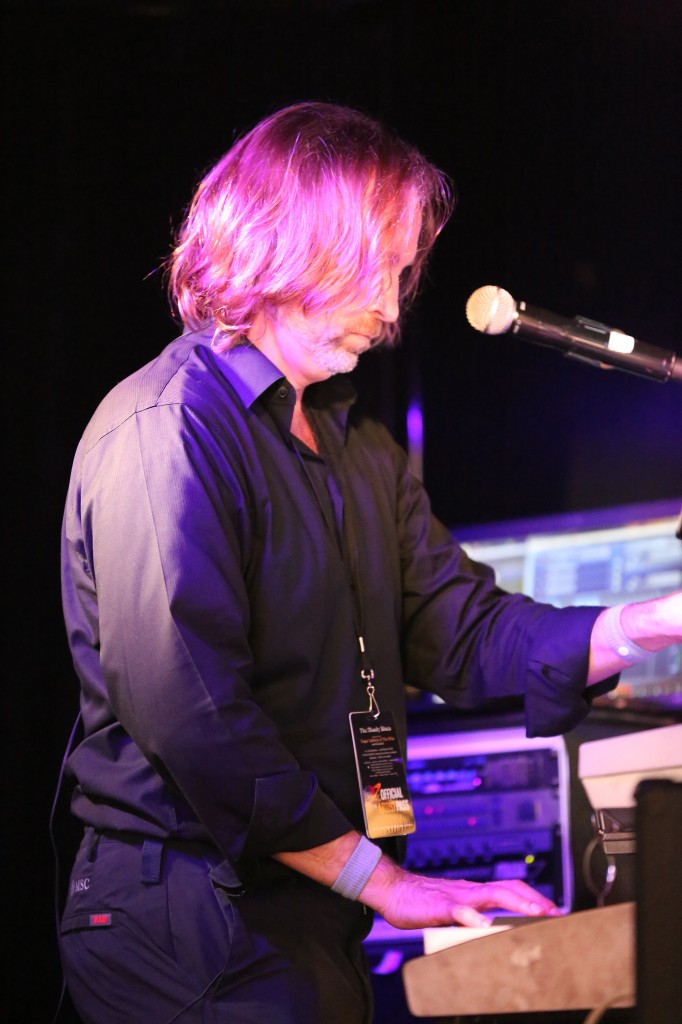 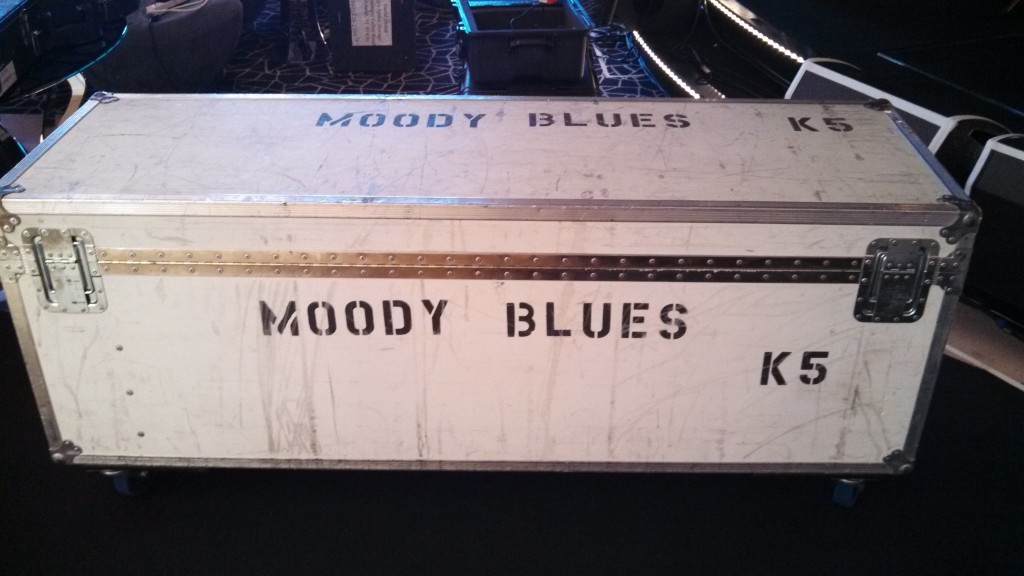 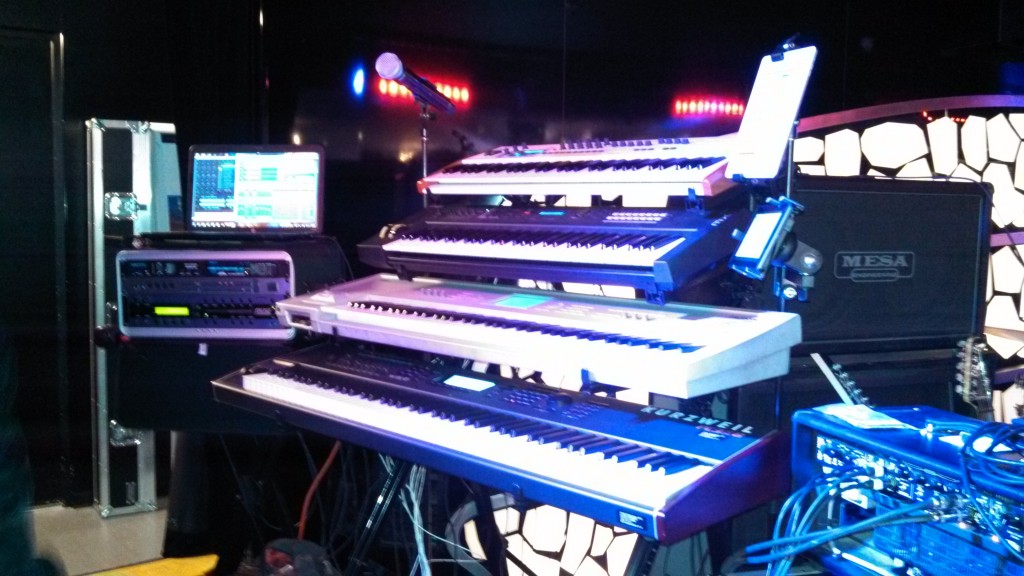 Glass Hammer gave an outstandingly awesome performance on the pool stage.
It was so great to see them in all their glory, with a huge epic sound that only the outdoor pool stage can provide (videos coming soon from that show).

Carl Palmer‘s Q&A session was very inspiring. “I started playing when I was 15 years old, and now I’m 64.  It doesn’t matter if I’m playing in a stadium or a phone booth. It doesn’t matter how many people are in the audience.  I play to kill every night. And if you can get everyone in the band to have that same mentality, then you’re going to have a great band.”

“The Orchestra“, which is actually the Electric Light Orchestra (ELO), was the best band yet on the entire ship.  They sounded just like the record! The three-part harmony vocals were PERFECT! They had the whole ship rocking out and singing along. 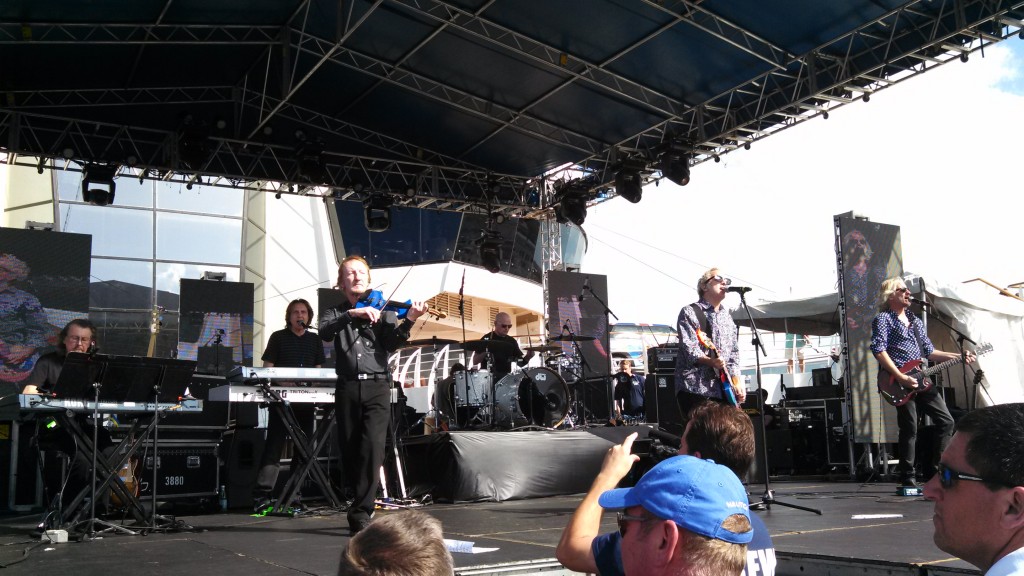 I had the good fortune to meet Simon Collins and the entire Sound of Contact band, and had dinner with them and their tour manager, Graham Collins (no relation). 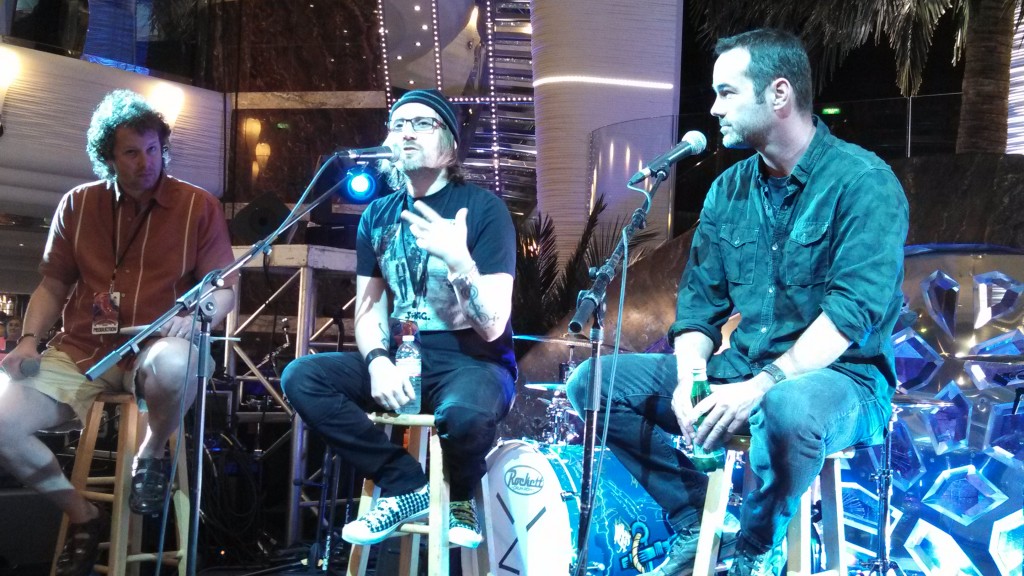 Sound of Contact Q&A with Simon Collins and Matt Dorsey 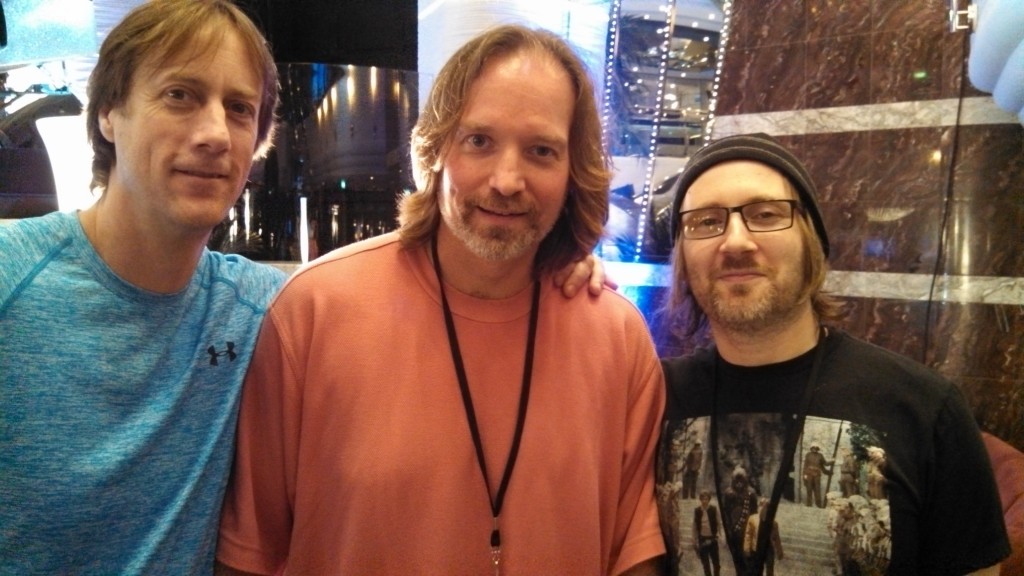 Here are a couple more pics from today: 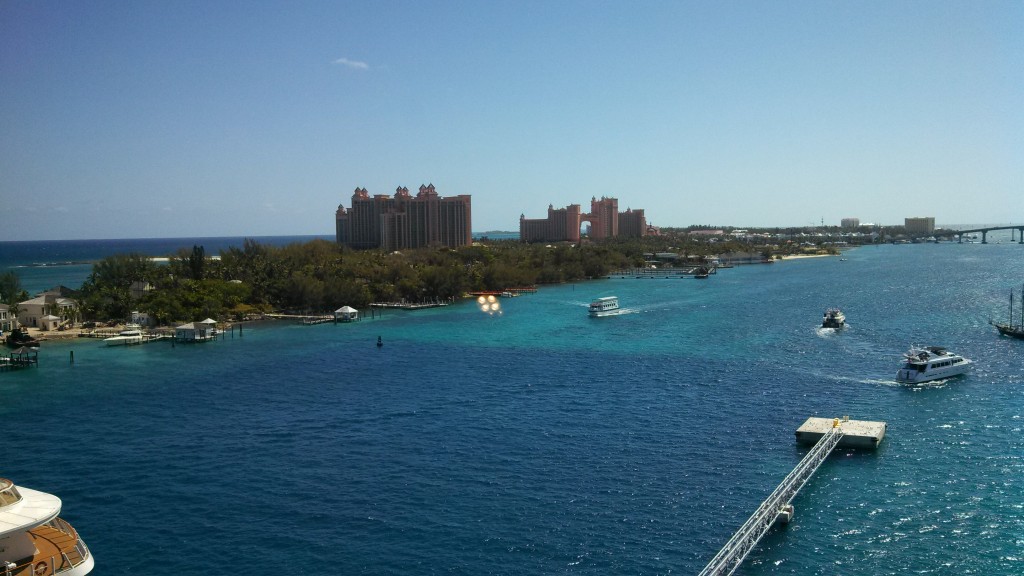 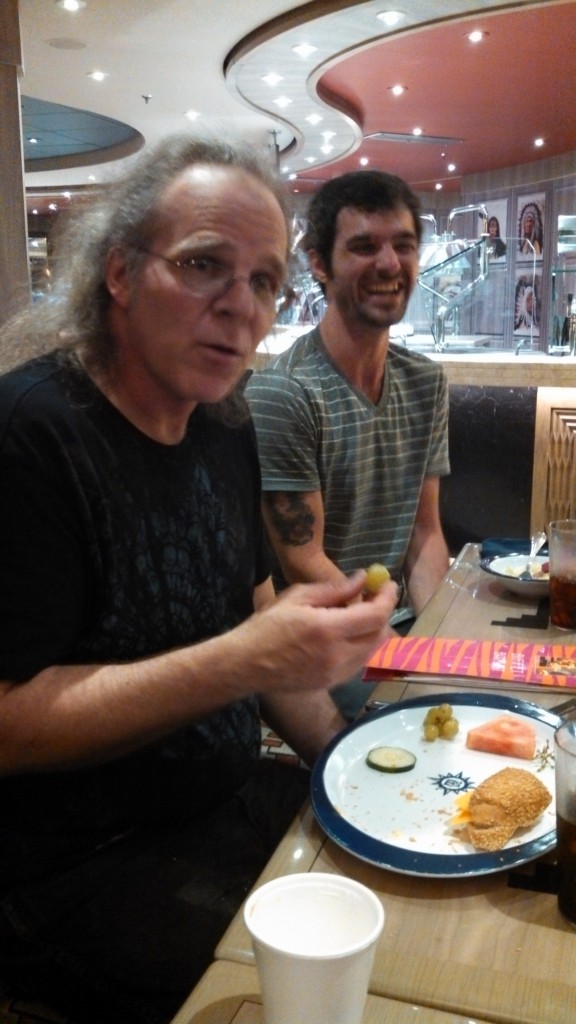 Tom Tutino (composer/guitars/vocals, , Prog Rock Orchestra) so rarely eats fruit or vegetables that this moment had to be captured. Tom’s son Anthony (musician/guitar tech) is laughing because he can’t believe it!